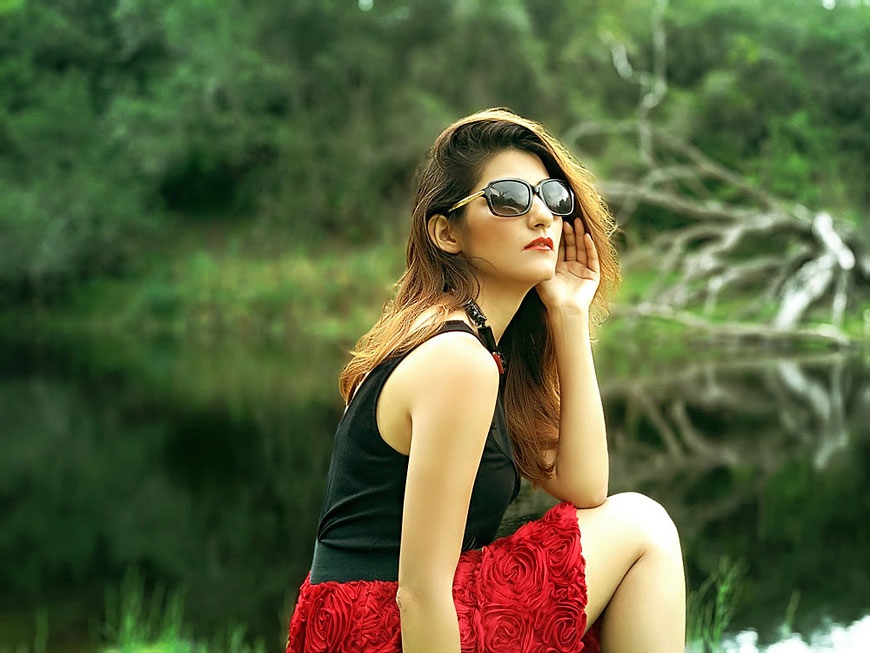 Her love for writing started at the tender age of 7 when she began writing poetry. At 11, Shilpa published her first handmade magazine, and developed a passion for art, creative writing and editing. From there on, she began to make more handmade magazines – once every year, collecting articles from classmates and editing them. In 2005, Shilpa moved on to become the Editor of her college magazine.

Even though fashion, art and writing were always her interests, Shilpa’s early career choice was architecture. “Working for a few years in architecture and hotel project management made me realize that it wasn’t helping me realize my full potential,” she says. “There was always a lot I had wanted to do, and I had already worked in graphic and web design too.”

After Shilpa’s post-wedding move to a new city (Chennai), where work opportunities in that field were limited, she finally began to consider other careers when the idea of starting a fashion blog was conceived. The company began very organically, from a tiny personal blog that was ShilpaAhuja.com. Its readership soon grew and there was suddenly so many ideas to work on.

Traditional fashion magazines have always drawn the line between the fashion world “insiders” a.k.a. fashionable people, and outsiders a.k.a. those who need to learn fashion. However, coming from a non-fashion background, Shilpa felt there was a gap in the market for a magazine that catered more to the modern working woman’s practical style needs rather than extra trendy high-maintenance stuff that a regular woman could neither afford nor maintain. Very excited about the idea of creating a fashion magazine from a fashion “outsider’s” perspective, she evolved ShilpaAhuja.com into a full-fledged digital magazine, and then much more – a whole resource for everything fashion and lifestyle.

She also made use of her other interests like graphics designing, web designing and art. “For a layman, a glossy fashion magazine seems like a glamorous profession involving fashion shoots and attending fashion shows,” Shilpa says. “However, as a media entrepreneur, I also have to see other geeky aspects of it, like web development and PHP scripting, UI/UX and CSS, big data analysis and insight mining, server management and optimization, SEO, etc., which takes up more of my time than any glamorous task!”

We have worked with some of the biggest brands in fashion and lifestyle, including Nike, Dior, SSense, M.A.C., GAP, Expedia, Nexa and more. The team grew too, and now we are a team of 17, and our media company reaches an audience of 250K users monthly in over 150 countries worldwide.

Thereafter, between 2018 and 2020, our company launched four other unique websites in education (careernuts.com and howtogetinto-harvard.com), interiors (decorisk.com), society (opiniown.com), business (businesstenet.com) genres, making us Shilpa Ahuja Digital Media. We want to make websites about topics that we have a real passion for, and have first-hand experience in, so that the end-product can be transparent and truly valuable for our readers.

Prior to founding SAM, she has worked in architecture and project management. She also has a Bachelor degree in Architecture (B.Arch) from Chandigarh College of Architecture. Shilpa has also had her work published in University of Fashion blog, Jet Airways magazine, Indian Design & Interiors magazine and Chandigarh Times. She is also the author of the book, “Designing a Chinese Cultural Center in India”.

Originally from Chandigarh, Shilpa loves art – both traditional and digital. Her design work and paintings have also been exhibited in Harvard University and at Aroma Hotel, Chandigarh. She also has a Masters in Design Studies (MDesS) degree from Harvard University.